Since the Magnus effect was described in 1852, it is natural to try to drive wind turbines with it. As for the horizontal axis wind turbine, its structure is not difficult to understand as shown in the figure below. However, if it is implemented as a vertical axis wind turbine, the rotation directions of the cylindrical rotor on the windward side and the leeward side must be opposite, so that the torques will not cancel each other out, so as to drive the wind turbine. In the early days, it could only be made by means of gears and connecting rods, which was difficult to achieve because the structure was too bulky. In recent years, thanks to the rapid advancement of semiconductor technology, microcontroller and motor drive technology has matured, it is no longer difficult to realize this concept. The following video shows this original concept in the real world …

The horizontal axis wind turbine driven by the Magnus effect is shown in the following figure: 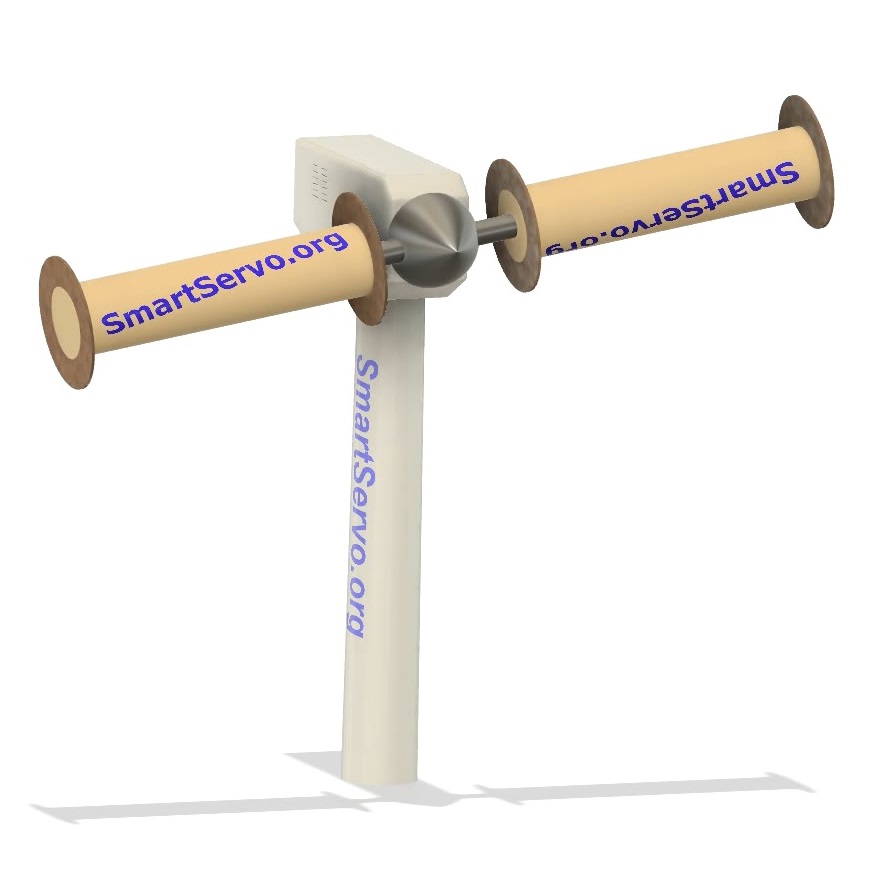 The vertical axis wind turbine driven by the Magnus effect is shown in the video below:：

As shown in the video, the Magnus effect vertical axis wind turbine starts quickly and the speed is controllable, even in the face of strong winds, it can be controlled to rotate or stop, compared with the traditional Darrieus wind turbine, which is difficult to start by itself and difficult to stop in strong winds, the controllability of the Magnus turbine is fantastic. Moreover, the shape of the rotor is just a simple cylinder, unlike traditional wind turbines that require a streamlined airfoil, so it is easier to manufacture. However, the direction of rotation of the rotor on the windward side and the leeward side is opposite, so the motor must be constantly accelerated and decelerated, resulting in high power consumption.

The problem of large power consumption of rotor motors must be solved. The main methods are :

Through the above-mentioned means, it is believed that when the wind exceeds a certain speed, the energy generated by the wind turbine can exceed the energy consumption of the motors.

As a large wind motor rather than a wind turbine

Don’t think of it as a wind turbine, the rotating cylinder can generate a large torque[Note 1] in the wind and can directly drive the load without a reducer. Water pumping for low-lying areas may be an meaningful application, where wind energy can be used to save electricity bills. In addition, this device can also be used to start a Darrieus wind turbine, once it is started, the rotors can stop rotating and no more energy is consumed. shown in this video => Magnus effect hybrid Darrieus wind turbine.

back to Wind Turbines main page <=

[Note 1] The torque produced by the Magnus effect device is greater than that of conventional passive wind turbines, even the Savonius wind turbines, which are known for their high starting torque.