Due to the need for environmental protection and the fight against global warming, the development of renewable energy is urgent. In addition to solar energy, wind energy has attracted the most attention. In order to use wind energy, mankind has invented Wind Turbine for centuries. The wind turbine can convert wind energy into the rotating mechanical energy, and the torque generated by its main shaft can be used to drive a load, such as a generator or a water pump, for power generation or irrigation. According to the direction of the rotation axis, wind turbines can be divided into two types: horizontal axis and vertical axis.

Videos related to this article are as follows, with English subtitles : 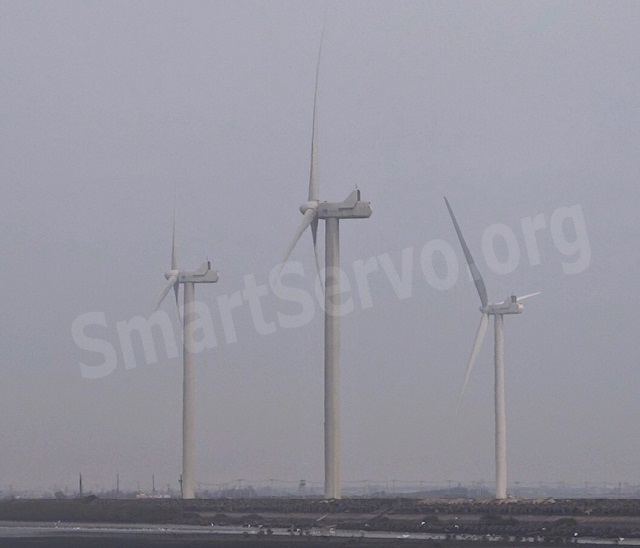 The drag-type VAWT is represented by the Savonius wind turbine which was invented by the Finnish engineer Savonius in 1922. Its structure is two semi-cylinders, which are offset toward the outside of the axis. Since one side is convex (low drag) and the other side is concave (high drag), the wind turbine is easy to start due to the different drag on both sides. However, the efficiency is low. According to the literature, the efficiency is about 0.18. Because the speed of the drag blade is slow, it usually cannot exceed the wind speed. Although drag-type VAWT are low in efficiency, they have high torque at low speeds and are often used for pumping water or to start lift-type VAWTs.

When the Darrieus wind turbine is rotating, the speed of the blades can be several times higher than the wind speed, so the efficiency is high (up to about 0.4), but it is not easy to be self-starting, The reason is that the angle of attack (AOA) of the blades cannot be maintained in a proper range when stationary or at low speed, making it difficult to generate enough lift. Therefore, it is common to configure the lift blades with drag blades to achieve self-starting. This is why the common Darrieus wind turbine is designed as shown in the figure 2.

Although the efficiency of a VAWT is generally lower than that of a HAWT, it is actually very close in theory. And vertical axis wind turbines can accept wind in any direction, so there is no need for a yaw mechanism, and the generator can be installed under the main shaft. The low center of gravity also makes the structure simple, and It also has the characteristics of being able to operate in unstable air flows, so it is suitable for installation in environments with complex terrain, such as mountains, urban buildings, etc. Therefore, although vertical axis wind turbines have not yet been successful on a large scale Commercial operation, but still have the potential for application.